The event themed “The Leader in Me” was graced by the Head of School of Greenhill Academy Secondary School, Mr. Francis Twesigawe as the Guest of Honor and, was colorful with breathtaking performances, great speeches from the outgoing Head girl and incoming Head girl and a team of smartly clad incoming prefects confidently taking the oath and pledging to serve diligently.

As the outgoing prefects were handing over power, it was only right to appreciate their work done and allow them to give their final remarks to the school before leaving office. Represented by the outgoing Head girl, Agaba Linda Karen the cabinet thanked the entire school for their immense support that has enabled them to have a smooth term in office. She also thanked the parents for the moral support and encouragement they have given the leaders. She went on to congratulate the incoming prefects and encouraged them to work hard; be vigilant; uphold the school core values. Finally in her speech, she pledged to guide and support the new prefects.

This nostalgic speech was then followed by another energetic speech from the incoming Head girl Kaseewa Emmanuella who thanked the school for having voted her into power and expressed her commitment towards executing the duties of the office to the best of her ability. She also thanked the outgoing body for their work and encouraged the incoming body to work hard.

Before inviting the Guest of Honor, the Rector advised the leaders that two attributes; integrity and hard work make a good leader; urging them to groom these attributes. In his speech, Mr. Francis Twesigawe urged the leaders to have good listening skills and teamwork; stand for excellence and hardwork and, ensure to leave behind a good legacy.

We would like to thank the outgoing cabinet headed by Nsereko Joseph and Agaba Linda Karen for the work well done. To the incoming cabinet headed by Bwire Ambrose and Kaseewa Emmanuella, we congratulate you upon this great achievement and believe in you to make us proud. 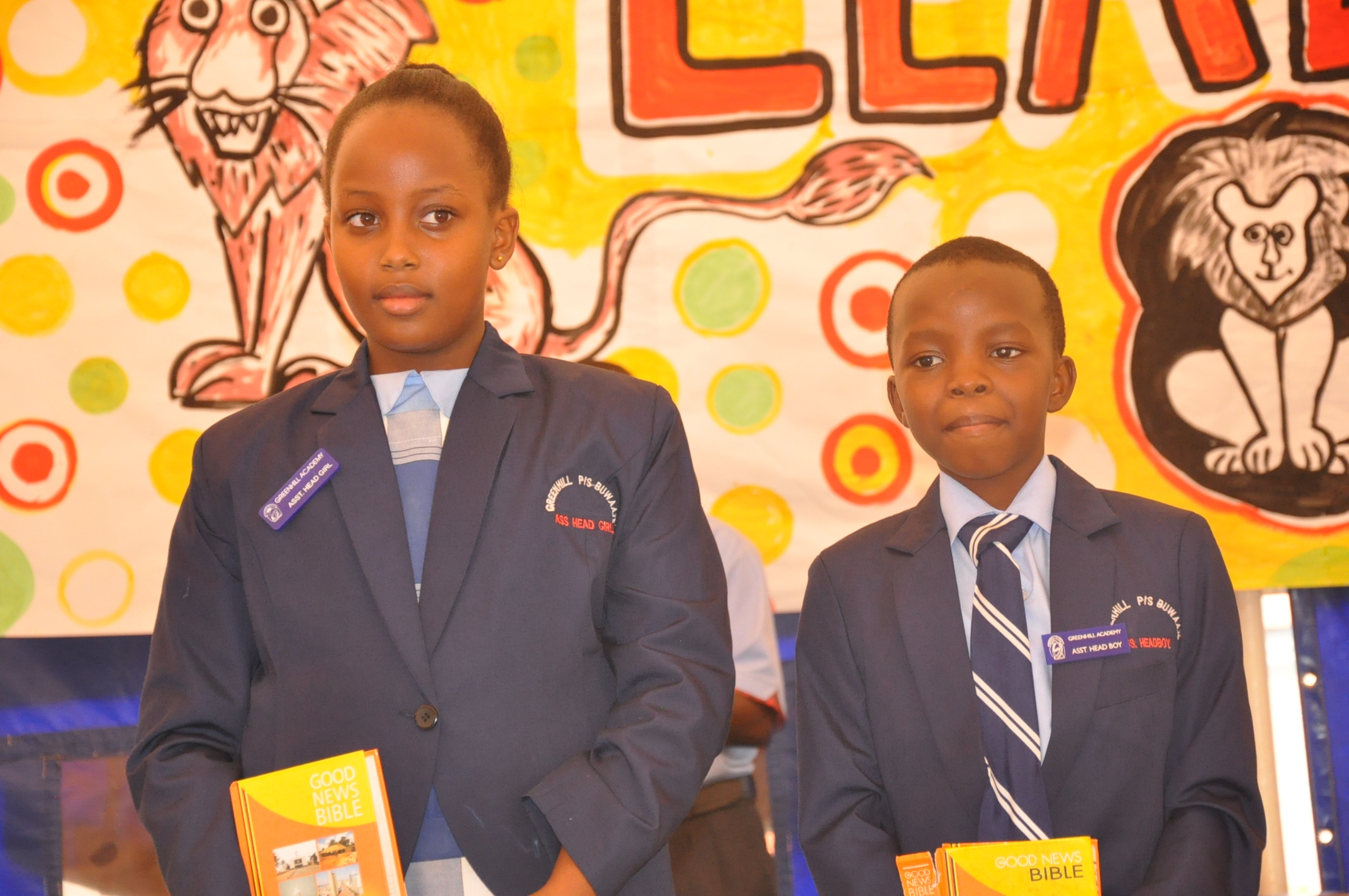 Here is a full list of all the incoming leaders